The letter comes at the peak of summer, interrupting the calm tedium of your everyday life with news of loss and sending you on a journey that will challenge everything you know about yourself and those closest to you.

You are called back to Withe, the small town in the middle of a dense northeastern forest where you spent your summers as a child. Waiting for you is a grief-laden inheritance, old friends, unknown enemies, and a tangled web of mystery and magic complicated by numerous and significant gaps in your memory.

Tread carefully, dear reader, as the secrets of Withe and your past could spell the end for you or those you love. Dare to uncover the truth behind your birthright as strange forces gather to aid and oppose you.

Trigger warnings will be updated with every route added.

Birthright is a dark fantasy for mature audiences and will contain adult themes and language. Please exercise caution and self care when reading.

There is so much I would like to do in the future when it comes to adding features to Birthright and spending more time going full steam ahead with the writing itself. If you would like to support this project and help it reach its full potential, please visit

Thank you for fixing the bug issues! I finally got to read everything up to last update. All I can say is, Jack, please come back... ಥ_ಥ

I’m so glad it’s working! And I promise Jack’s story isn’t over yet…

Just finished and I absolutely loved it! It was delightful to read and I'm excited for more! No rush though :)

Thank you so much! I’m very glad you loved it!

The pronouns don't seem to be working

Thanks for bringing this to my attention! It should be only a query for now at  the beginning of the prologue/common route as the MC is currently only spoken of by name or referred to in different ways. That will probably change in individual routes.

I will however go back and make sure that this is indeed the case. Thanks again! 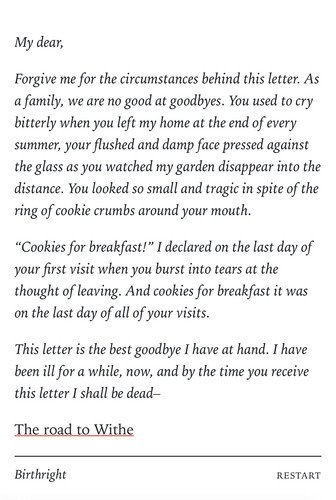 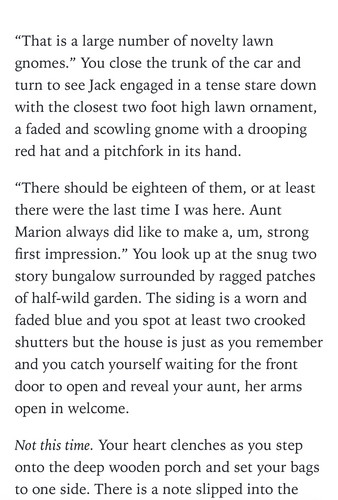 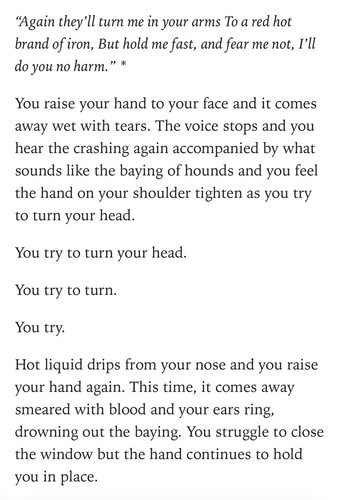